Engage Employees with a Virtual Event that Will Knock ‘Em Dead 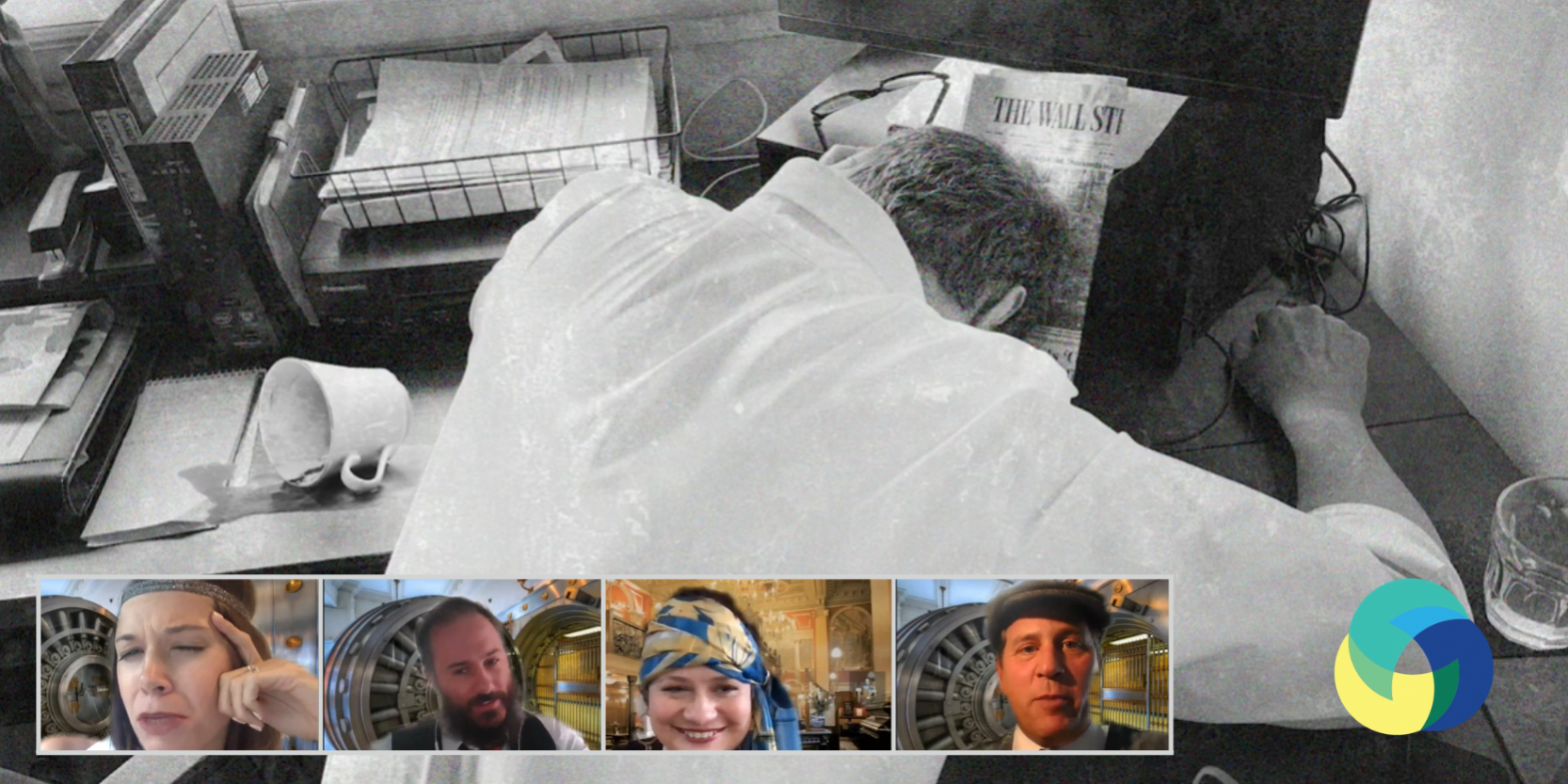 By Jeff Cochran (or Chance Bettington, depending on who you ask)

I knew who the killer was, but I couldn’t say anything. This wasn’t your normal day at the (virtual) office.

After an hour of interrogations, accusations and shocking revelations, the dastardly Brenna Chambliss, KWI’s culture manager, was found guilty of murder.

And then we all went back to work. Even Brenna.

Since home offices became an indefinite reality earlier this year, employees have been craving connection. And while those virtual happy hours were fun at first, you may have noticed lately that attendance is … dropping.

As we considered ways to engage our whole team in this virtual environment, the idea came like an epiphany.

KWI’s first virtual murder mystery was the product of several creative minds, some untapped acting talent and the desperate need for a break from another PowerPoint-based video call.

Set in a New York bank in 1929, the mystery brought together a group of willing participants to build the script and create our own characters, including a Catholic nurse, a local club owner, a bank manager, his assistant, a young socialite (our killer) and a detective. I played the role of Chance Bettington, a former journalist with a gambling problem. In Hollywood, I believe that is called being “typecast.”

It took a little while to get past my crippling stage fright, but thankfully the “stage” was only my laptop’s screen. After just a couple of rehearsals, we were ready to solve a murder.

Once we got started, the audience, not knowing what to expect, flooded the meeting’s chat window with excited reactions. Before we knew it, everyone was laughing and channeling their inner Sherlock Holmes. Our detective led the questioning, but in the interrogation rooms (i.e. the virtual breakout rooms), everyone got a chance to question our suspects. Fortunately for the innocent among us (like me, your favorite misunderstood, gambling journalist), our team proved to have excellent sleuthing skills and brought Brenna, or at least her character, to justice.

In the middle of a pandemic, as we were all awash in video meetings and siloed at home, this small idea made a big impact on the KWI team.

It brought us all together, not for work or bad news, but for fun. For about an hour and a half, we got to joke around with each other like we used to in our downtown Atlanta office. It was a reminder of what we like so much about each other, why we make such a great team.

We can help you bring that same feeling to your company. We’ll create the script and run of show, set up video logistics, coach rehearsals and produce the meeting. You just need to be ready for the spotlight and the applause.

You’ll be thrilled with how much fun you have and how quickly your team comes together to solve the mystery. Just don’t spoil the surprise.

Ready to get started? Contact our team at info@kwicomm.com.

Why Listening Is Key to Employee Conversations
April 22, 2021