When Trust Is Your Currency 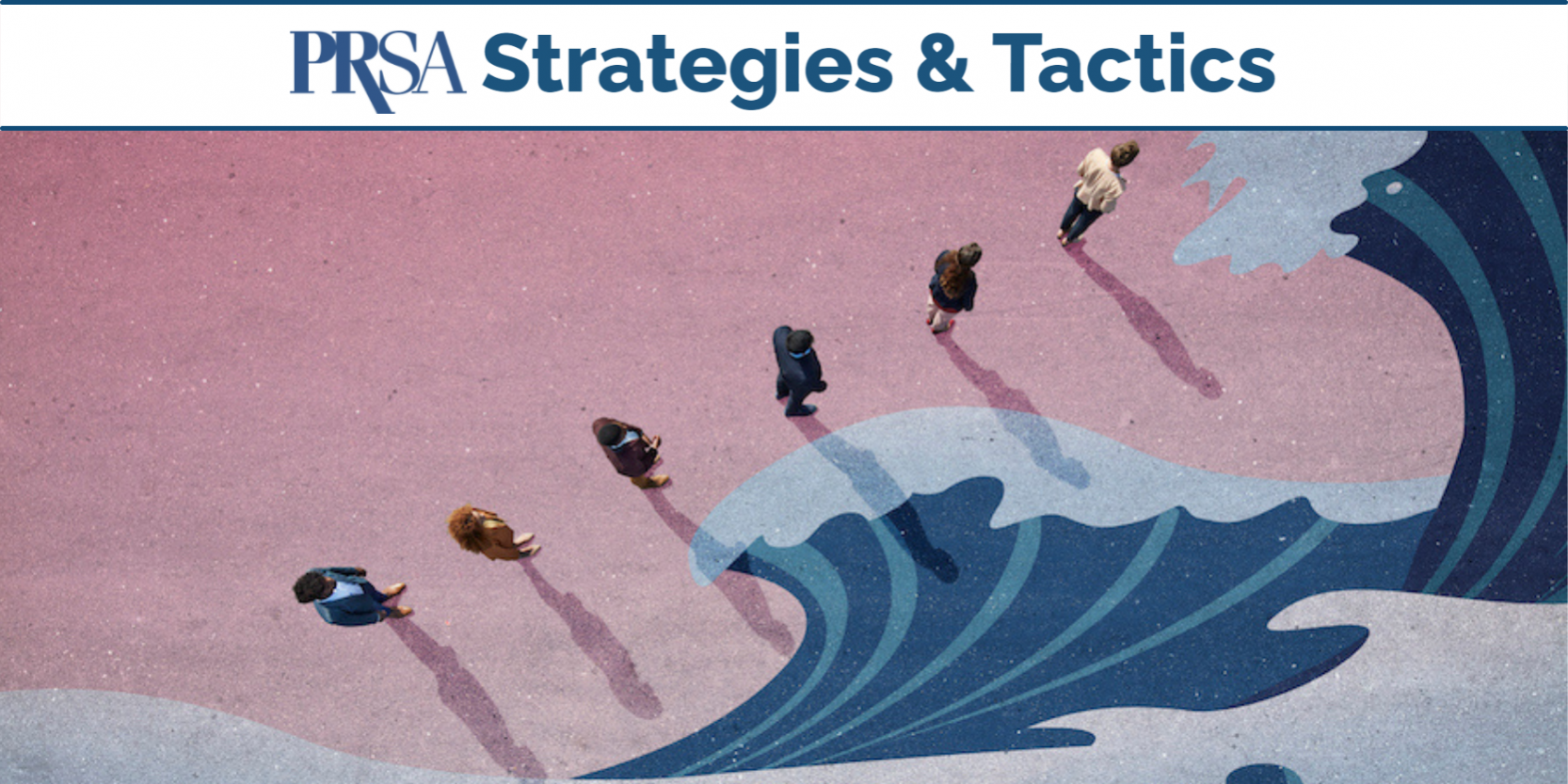 Originally published in PRSA’s Strategies & Tactics on May 1, 2021.

There has been a lot of discussion around strategic planning — or, more accurately, strategic pivoting — over the last year, as businesses and organizations were thrown head-first into an endless crisis loop.

Some were better prepared than others, but just about everyone was talking about the critical importance of having and maintaining a crisis plan.

The more I thought about it, the more I realized that I could have never predicted what would happen over the last year. No matter how well you plan, there will always be some element of surprise. “Expect the unexpected” is an adage for a reason.

In business, that isn’t a very pleasant thought. But what if I told you there was a better way to be prepared regardless of the specifics of any given scenario?

Do I sound like an infomercial? Perhaps, but what I’m offering won’t cost you three easy payments of $39.95.

It’s as simple as one word: Trust. Invest time and energy into building trust, the most valuable currency when crisis strikes. A strong foundation of trust allows a culture of resiliency, accountability and problem-solving to flourish, enabling your business to endure, or even in thrive, in the toughest storms.

And what’s more, you don’t have to know what’s coming to focus on building trust right now.

In times of crisis, support starts with your employees, your most powerful advocates. If your employees are invested in your organization — if they feel cared for, seen and like they belong — they will be more willing to stand with you when challenges arise. In fact, according to Edelman’s Trust Barometer, “Employees who trust their employers are far more likely to advocate on behalf of their employer (78 percent).”

By establishing a “we” mentality, your employees become your allies. But that isn’t something you can do overnight. If you haven’t spent time building a foundation of trust with your team before crisis strikes, then suddenly changing your tune in the face of disaster will come across as contrived and may even make things worse.

Perhaps the most challenging piece of this puzzle is that trust is a two-way street. Your employees will be more likely to trust you if you also trust them. That’s why strong accountability systems, empowering performance management programs and two-way communication mechanisms are vital.

Earned and built over time, trust should remain a priority in all strategic plans — crisis or otherwise. When leaders regularly demonstrate transparency and bring their teams along, employees feel empowered by a shared sense of purpose, accountability and camaraderie, which only strengthens an organization.

Building trust with the public

Organizations that weather a crisis well do so by maintaining open lines of communication and ensuring that their actions align with the statements they’re making. If an organization isn’t used to transparent communication with the public, then it can be much harder to convince leaders to tell the full story when the stakes are high.

Open communication is a learned skill; practicing transparency when everything is going smoothly establishes a habit so that leaders can more easily maintain transparency if, and when, a crisis strikes.

The public will see through your statements — no matter how well-meaning they are — unless your actions back them up. In fact, according to Edelman’s Trust Barometer, 81 percent of consumers say they “must be able to trust a brand to do what is right”— not to say what is right. Lack of trust costs global brands $2.5 trillion each year, according to Adweek.

It is an oft-cited example, but Johnson & Johnson’s 1982 response to the Tylenol crisis demonstrates the concept perfectly. When it was discovered that Tylenol bottles had been tampered with, causing the deaths of seven people due to cyanide poisoning in the Chicago area, the company responded swiftly, not just with open communication but with drastic action. Company leadership cooperated fully with news media, proactively warning consumers globally about the danger, while also recalling the product and withdrawing it from shelves.

When the product finally returned in new, tamper-proof packaging, 90 percent of Americans said they did not fault the company for the crisis, and 79 percent said they would still purchase the product.

It’s an extreme example, but practicing that level of transparency can nurture a strong reputation among those on whom your success depends. The trust earned by actively serving the public interest, no matter the circumstance, is often the difference between an effectively managed crisis and one that is catastrophic for an organization.

Crises, when handled ethically and with care, can build loyalty among stakeholders, allowing a brand to emerge stronger than ever. But the key is always trust.

Whether you’re planning crisis contingencies or simply developing a road map for an upcoming campaign, the key to success is in the relationships you build, maintain and prioritize with people — internally and externally.

Rather than focusing on channels and messaging, take a step back and consider those you’re trying to reach. Think of them as people, not just as targets. Take a moment to consider what your audiences need from you before trying to solicit what you need from them.

Your reputation reflects your relationship with the public — your employees, customers, investors, board members and other stakeholders — and just like any relationship, it requires ongoing work. Proactively investing time and energy into building trust is the surest way to developing a strong reputation. Focus on connection and trust will follow, which will serve as a critical foundation no matter what your organization may face.

Read more from Celia in PRSA’s Strategies & Tactics or connect with her on LinkedIn to continue the conversation.

Newsrooms Are Shifting – PR Plans Should, Too
February 11, 2022
Recent Posts
Go to Top